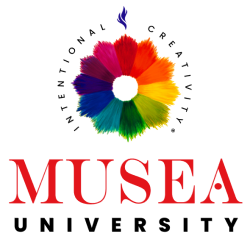 ​​Shiloh: Today we are talking about why we believe the approach that we’re taking to Intentional Creativity as a healing modality could have incredible and surprising results.

Jonathan: A favorite topic of yours, mine and our entire Intentional Creativity community! What do you have for me today?

Shiloh: Healing - let’s talk about our approach to healing. One of our theories is that by understanding the science of self-expression, and particularly intentional creating, people will be able to create an informed and hopeful expectancy environment. Understanding how it works can increase our trust in the process, which begins to shift the condition of the field. We have done a lot of work exploring the potentials of how this can work in a healing setting with a practitioner and participant.

Jonathan: Correct. In the case of a practitioner and participant which is what we are considering in PRISMA, if both share this hopeful expectancy (based on experience) they together create their own intimate as well as a shared collaborative field. Just like a gravitational or other field, it cannot be detected by our senses, but is certainly there. It’s the place, per se, where something has an increased potential to become. This can lead to a state shift (for both) that arrives in reality.

Using the causation energy of intention, the participants create a quantum superposition, which as you know I call a QSP. In this field, literally anything can occur in relation to that intention. This is hard to grasp sometimes because in this field, everything is possible, so it could be one thing, all the things, none of the things or a subset of things. It’s not all or nothing, not binary like a yes or no. Literally anything or mix of it.

That intentionality energy that we speak of sets in motion a mathematical collapse from the possible to the probable. That may sound like a small move, but it is really huge. The next step is to then collapse it further and make it actual. In this way it is transformed from energy into matter. From the epistemological to the ontological.

Shiloh: Maybe it is both.

Jonathan: That’s a great question but I disagree. You cannot act on something if you are unaware of it. You need the gestalt moment, the big ‘aha’ before you can consider how or if to act on it.

Shiloh: So now that we know that there is a creation of fields, you say that these fields are being generated by the emotional state of participants, both the practitioner and the participant. Is that accurate?

Jonathan: Yes. There are three interconnected fields. One for each person that is intimate and one shared or collaborative. Intention sets this field condition… so you are creating a container within which probability begins to move from possibility. Here’s an example; if you create a glass bubble that has a partial vacuum, place a tiny tungsten filament in it and then pass electrons through it, you get a light bulb. In the same way, you have made it so, or set the condition in which the tungsten will not just burn up from oxygen, you created a vacuum and in doing so, you set a condition in which the function can operate. You made a field, in this case a physical one of a vacuum and in doing so, permitted the thing, in this case light, to happen. Thought is pure energy. Just like the electrons that are passing through the wire, energy passes through your brain and this energy that we are calling intention is directed to you, to your colleague or client and also collaborating with them to create what I refer to as a ‘sacred third’. Not because it’s sacred, just because I like how it sounds and I dig it… (laughs).

Shiloh: So you enter into the situation by saying this is possible and here’s the science. This assertion of a scientific basis has already moved whatever it is they’re trying to accomplish, as an intention or goal, from possible to probable.

Jonathan: Yes, they are statistically increasing the likelihood of something taking form. In fact, the more unlikely that it is, the greater the chance of it happening. This is related to a concept called Bernoulli's Law of Large Numbers, but that is a different topic, darling.

So, now here we are in the probable, just off the bus from the possible.  As our practitioners execute this process they will then become an observer of a phenomenological effect that is somatically real for them both and observable which means they’ve actually created the collapse in the field position from probable into actuality. What’s great about this and has been shown in Intentional Creativity to be one of the most important aspects of it is the haptic feedback part. Haptic means that you feel it in your body and confirm it with another sense. Like when you see a sign that reports your car's speed back to you and you adjust your behavior, in this case your lead foot and slow down. (laughs)

So now we have a moment. This moment when it gets real, but is so advanced that you cannot tell if it's science or magic. As Jules Verne said; “Any technology that is suitably advanced is indistinguishable from magic.” Practicitions report a whole range of emotions, feelings, sensations and a sense of connection that are biochemical indicators of the mind and brain working to collaborate in this shared field condition. Also, because it’s observable, it’s repeatable. Herein lies the real science and one of our challenges too.

It’s sort of like the first time you get on the ice skates and you skate around.  You go well “you did it once, you can do it again” so you went from “I have no idea how to ice skate” to “well, I have the skates on my feet, I might as well give it a try” to “oh my, I am skating here and now I’m not going to stop, this is awesome”. So it is with Intentional Creativity, reusing in fact, reinforced neuroplasticity in order to collapse energetic probably into actuality. Don’t forget though, just like you may have very limited results that first time around the rink, you have to practice and give your brain repetition and focus in order to perfect anything.

Shiloh: It’s been proven that over a period, sometimes a couple days and certainly a couple weeks, that people can shift the neuroplasticity of their brain relative to how they’re relating to health and emotional conditions, even just the events of life that are inevitable.

Jonathan: That is well tested science. According to our friend Dawson (Dr. Dawson Church), every hour of focused concentration on any topic doubles the quantity of neural ‘real estate’ that is developed in response to the input of that information. The amount of real estate your brain allocates for the study of a topic doubles every hour, that astonishes me! So imagine if people are going for a few days or even coming in for four days, or come for a week. For a week that’s hours of focused concentrated thought. You should be able to leave there, out of that experience, with an entirely palpable way to continue that neuroplasticity build and really re-assign resources that your brain would otherwise assign to something that is not useful and meaningful that were in atrophy, just like a muscle you no longer use.

Shiloh: Imagine if they do 10 or 11 sessions doing this, knowing that’s what they’re capable of doing, and that is going to change their confidence and their trust in their capacity to make real positive change. This is not just a mental exercise, it’s somatic and energetic.

Jonathan: It’s important to remember that these field conditions, the process of actualizing the probable, all of it is not exclusive to the improvement of any particular topic, but it’s concrete. All things of the mind, in my opinion, work best in concert, or as one modality among others that collaborate for wellness. This has a causative impact, but certainly is not a cure unto itself. We detach cure from heal in Intentional Creativity. We cannot predict or cause cure, but we can predict and assert that healing can and does happen. We love to say that we are ‘healed enough’ around here. We don’t need a cure, although that would be great too, we just need to alter the relationship we have with that which challenges us and removes us from balance and a place of perceived safety. This place of quiet, rest and recovery leads to a potential for resilience that makes our work so powerfully important for me to assist you with, even if that is raking leaves or making dinner…. (laughs).

You may also enjoy this video cafe, originally recorded during VIVID 2021

with Shiloh Sophia and Jonathan McCloud.

This course is presented in partnership with Musea University.